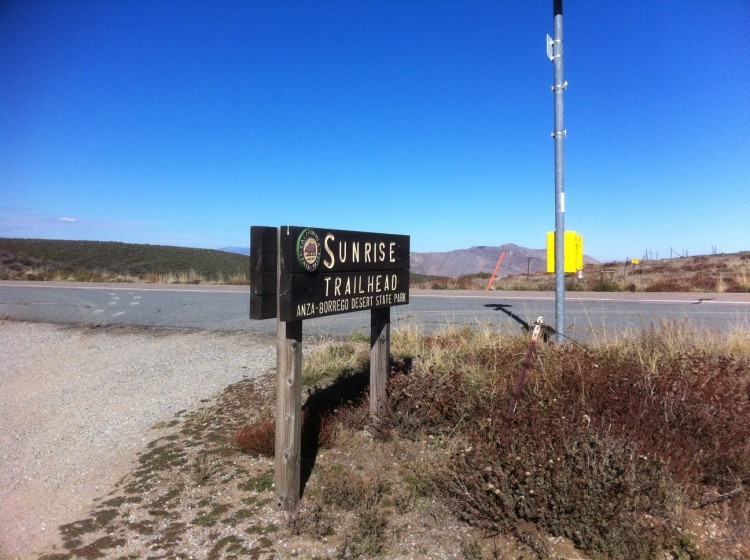 The section of the Pacific Crest Trail near Sunrise Highway and Cuyamaca Lake is a well maintained trail with serious views. We started the hike at the Sunrise highway trail head lot where the La Cima and Lucky Five trails begin/end as well (see this for those sections). The PCT is North across Sunrise highway from the lot, heading Southeast-ish and Northwest-ish in this area. We took the south route towards Champagne Pass and Penny Pines, or Big Laguna, following the general direction of Sunrise highway as well. The view from 5,000 ft down into and across Anza-Borrego, Agua Caliente, and I believe Ocotillo (at 377 ft) is awesome, especially on parts of trail with “exposure,” i.e. steep sections verging on cliffs. Sometimes it feels as if you could send a hang glider off the mountainside, or drop into the mountain like a skier or a surfer on a giant wave. If you’re lucky, you’ll get a bird’s eye view…of the top side of birds, looking down onto raptors, vultures, and crows gliding below.

The biggest mountains to the north are Palomar (Northeast San Diego), and San Jacinto near Idyllwild. They’re visible on this hike if the smog, marine layer, and/or clouds cooperate, which they did on this hike.

The trail was groomed recently so it was in great shape. Recent fires have opened the views up in a few sections that previously had none. Even if the vegetation comes back in those spots, most of this six mile stretch is a steady stream of expansive sky and views– ample opportunities for you to trip over your own feet gawking . 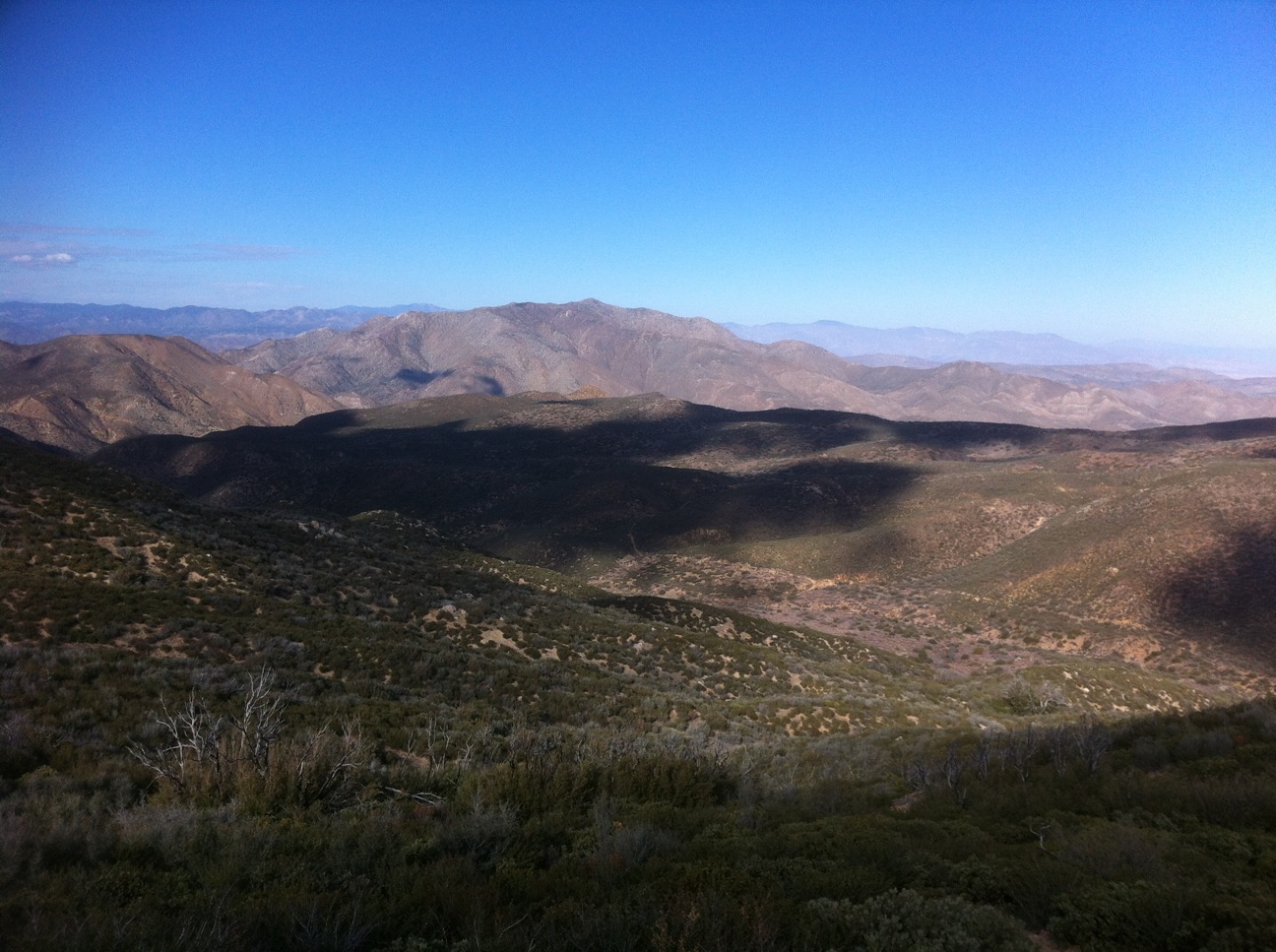 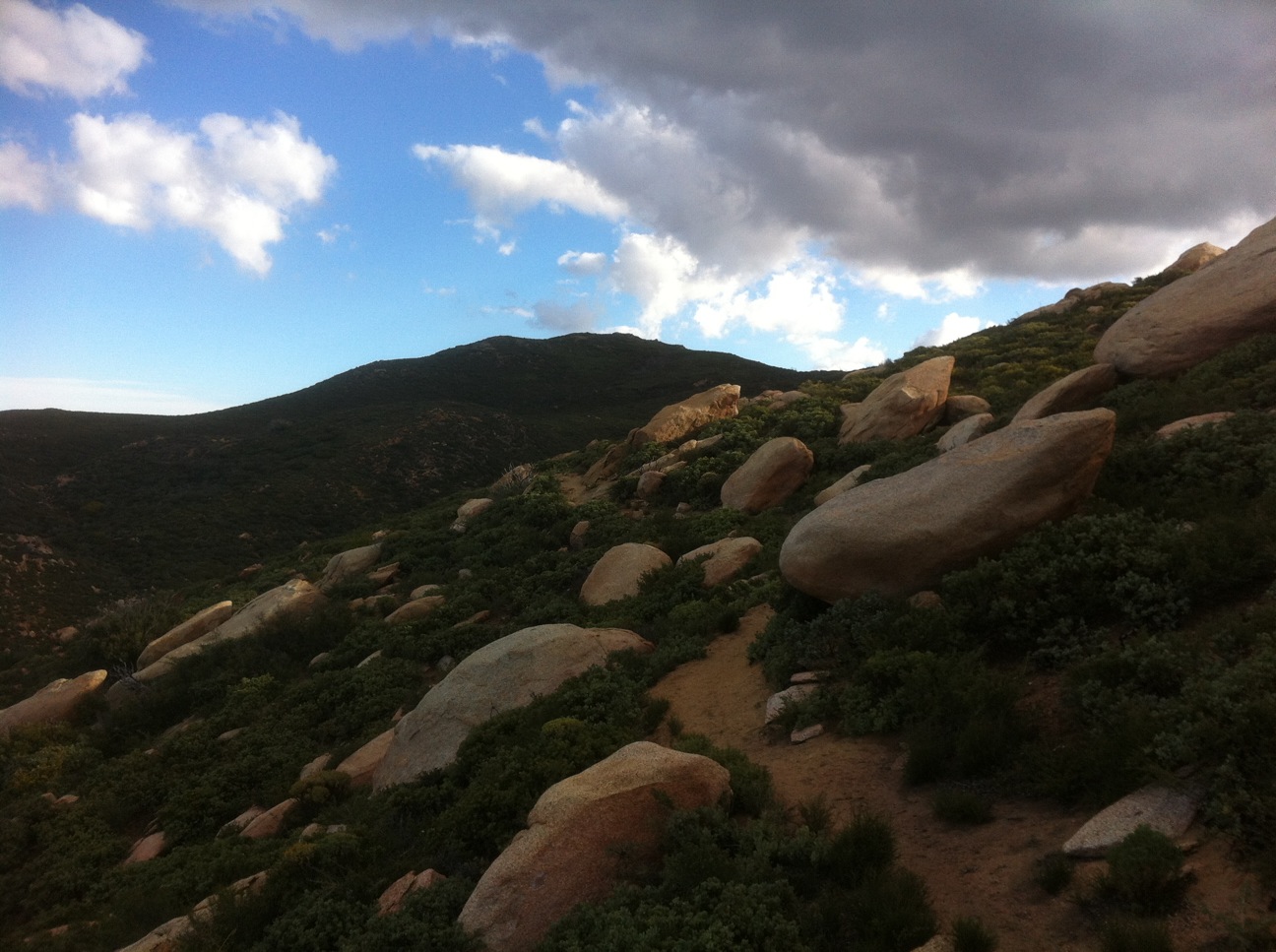 Being that the terrain and side slopes are pretty steep a great number of critters appear to be using the trail, perhaps because it’s easier than bush whacking. In turn, the trail was full of animal tracks, and consequently their feces. Though you’d think they wouldn’t poop on their own sidewalk, or maybe it’s their way of marking their spot. I really don’t know, but there was a lot of it. Enough to make me write about this oddity. Not that it’s odd that they crap on the trail, as I see it all the time, but usually there’s not this much. It seemed like one to three piles every one-hundred steps or so. Maybe they like the views too. 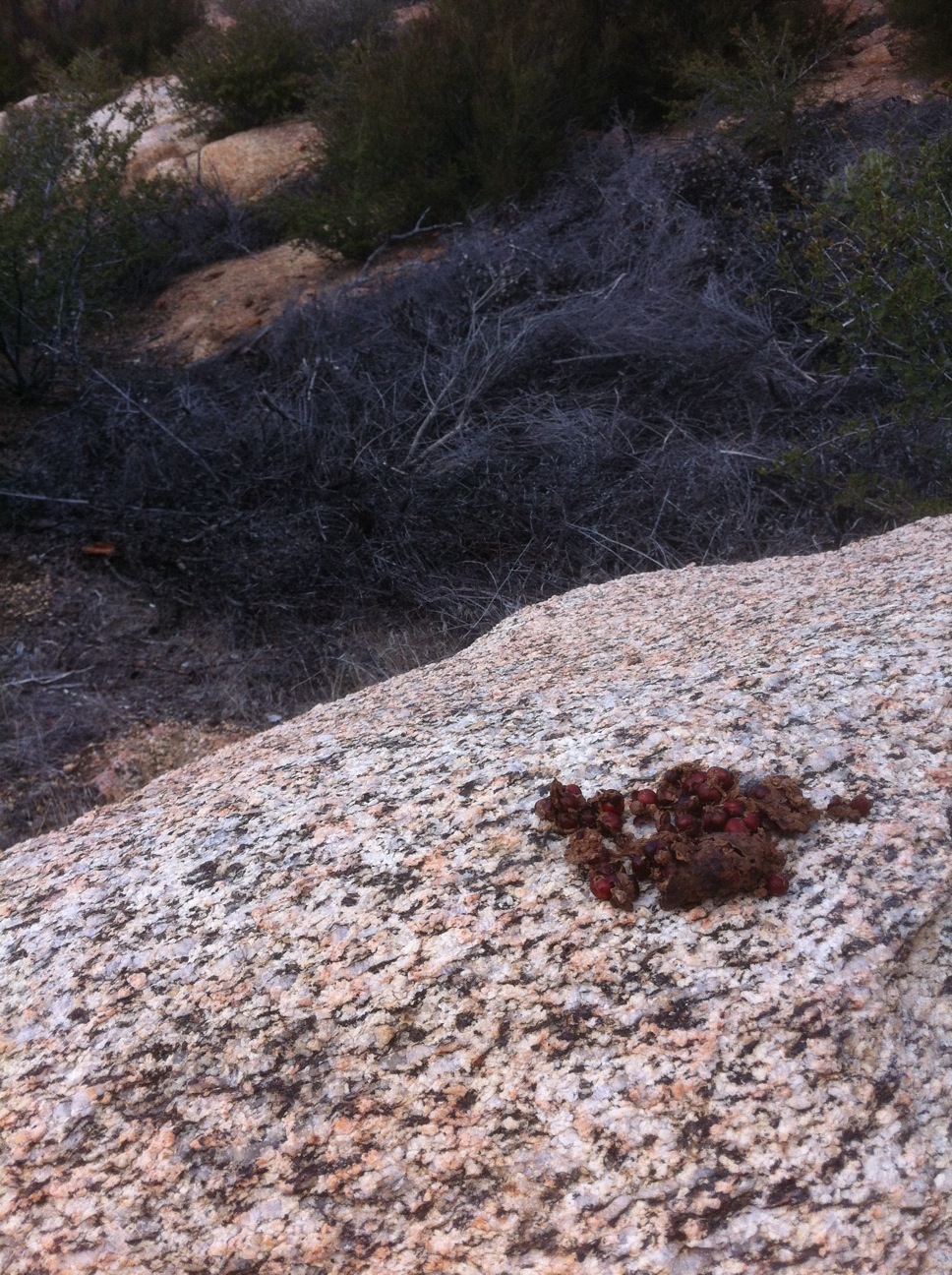 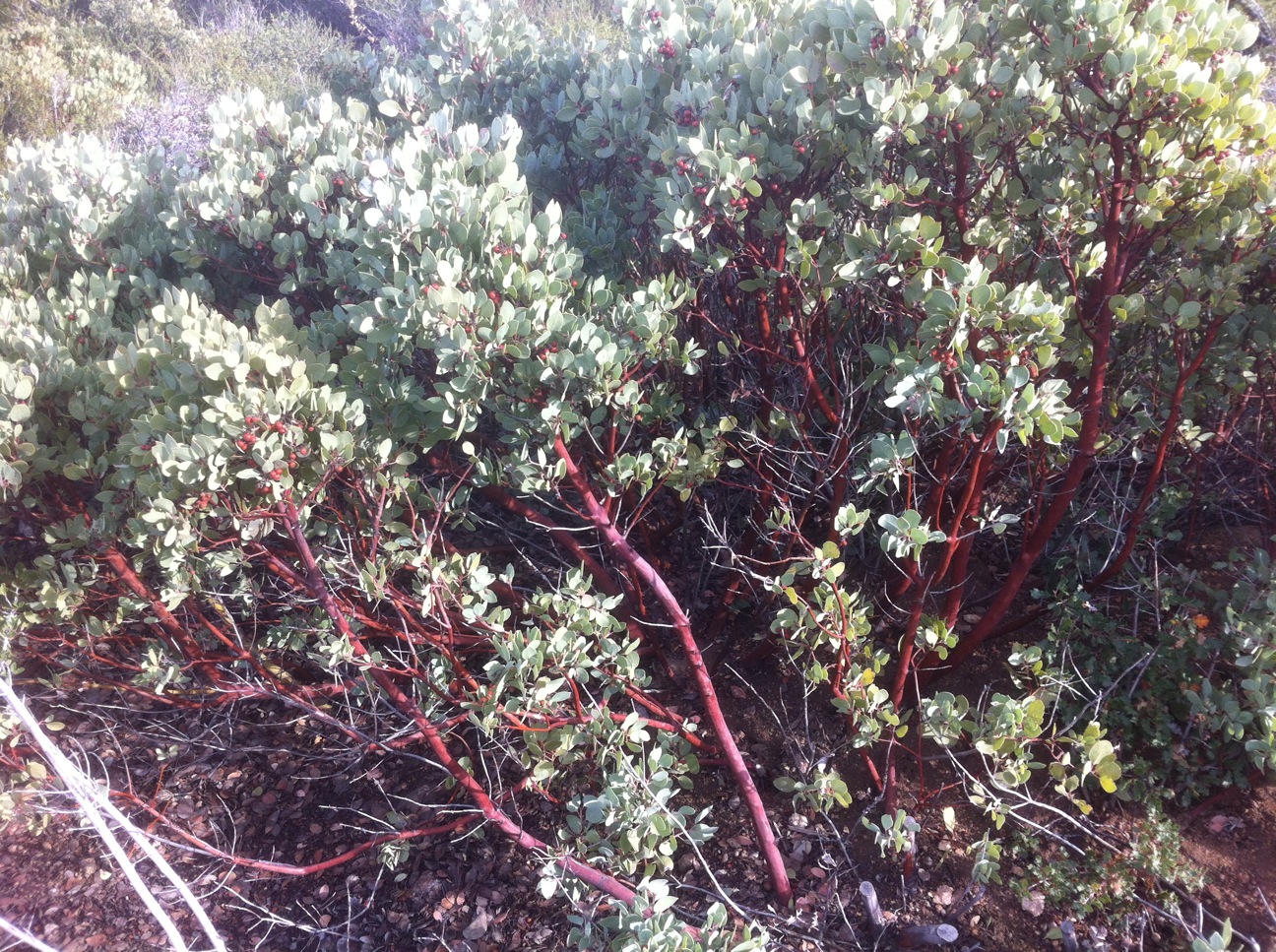 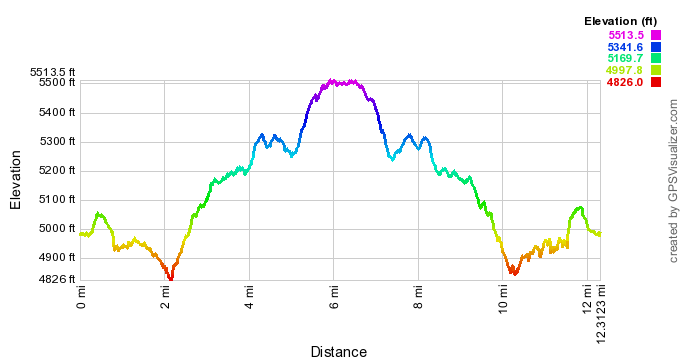