Indian River Park was not a “park” when I was a child, it was a vast wooded backyard escape, which carried an air of mystery, spook,  and allure with it. The “woods” as we called it, seemed vast when I was small because when you were in the middle it felt an “unsafe” distance from civilization, or the suburban jungle. 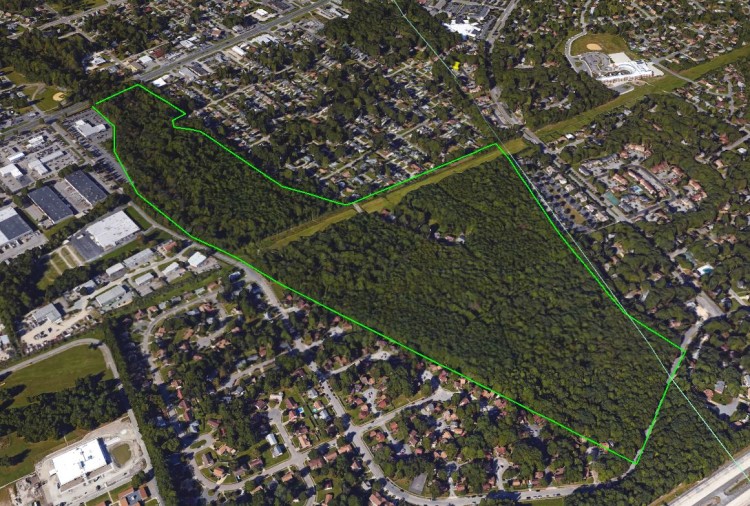 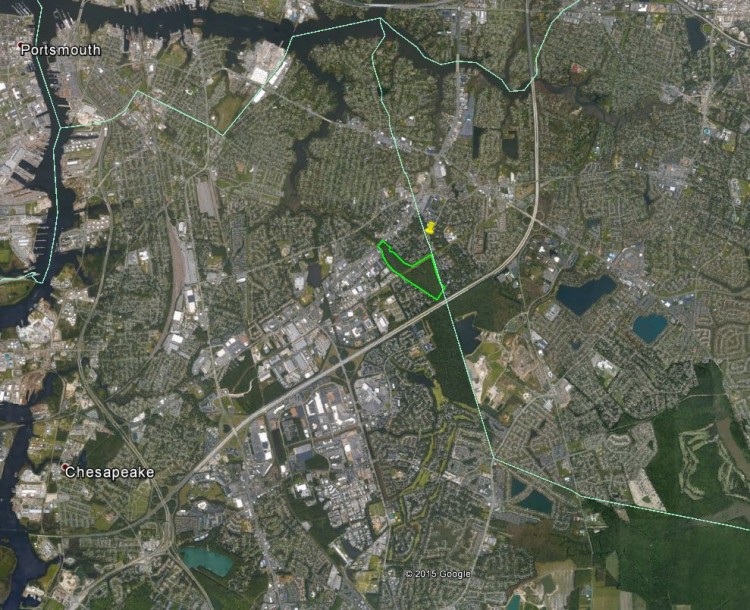 On foot it was only about a 3 minute walk to the hypothetical center from the nearest ‘big’ road. It was good minute run out. In reality it’s less than a mile long, and less than half a mile wide. google-map link of park

I lived two blocks away, on Duquense Place(blurry yellow dot) northeast of the green space. This is where I first hiked, and rode my bmx, beach cruiser, and first mountain bike (in 1984?). This where many of my friends and I spent a great deal of time playing, losing skin to the forest floor, and exploring in sun, rain, and snow (when it came). This is also where I did my first trail work, albeit before it was a park and had any ‘land manger’ as far as we knew…land owners maybe. It’s been so long I don’t recall, but it wasn’t managed as I remember, except for the mowing and cutting of growth below the “power lines,” that’s what we called this section, that cut the forest in half.

The forest was a refuge, and also where some kids got into mischief as I remember, but overall it was positive, and we loved our “Woods.” As kids it seemed like an abandoned lot, a really big one with lots of trees, and a ditch with perennial water we called a stream as it had a little meander here and there. It was always neat to see it swollen and filled with little eddies after a good rain, as it is normally just a trickle.

Twenty three years have changed some things. Today some of the trails we built are still there, most of them from the power lines towards Military Highway. I don’t know what it is, but everything seems smaller…maybe because I’m taller? And I remember it being flat, but not this flat. Of course after I left I’ve been in or near mountains ever since, and to truly vast open spaces that could swallow this area many times over. The trails were certainly a lot more open/wide than I remember. I remember zipping through the woods with real narrow bars, bars that I cut the ends off of to make tree passage easier (15 inch?), like an NYC bike messenger. I remember the trails being mostly tight and twisty single track to keep the motos out, but there were some sections straight enough for motorcycles. Some old-school motorized “trail-bikes,” 80, 125, and maybe 250cc motos weren’t uncommon. The flow of the trails was part of the reason I fell in love with mountain biking so quickly– it was as close to surfing as I could get next to being on a skateboard.

Before revisiting I tried hard for a week or two to find one old riding buddy that helped build some of the trails, but could not find him. Scott, are you out there? Upon finishing my ride I did run into a guy that rode with Colley (Avenue Bike Shop) Off Road Klub, CORK, one of the first off-road bike clubs in the area– I still have a CORK jersey. He looked really familiar, but after 23 years I can’t say I remember him. I tried to reach those files in my brain, I wanted to believe I remember riding with his younger version. He was still rockin’ his old 80’s rig too. It really made me wish I had my old one with me (which I bought from the now defunct Colley Ave). For a second I felt a pang of shame realizing how much I’ve spent on bikes since that time. I asked myself why I ever ‘upgraded,’ but this feeling quickly passed. I still have my old rig, and it still sees the outdoors on some occasions. I’ll bring it back here one day.

I had a great time, but it ached a little inside to see some of it gone to development, along with some of my memories of hanging out in The Woods. It also hurt a little because so many years had passed since I last passed through those trees. Regardless, I was extremely happy to see old trails still there, and some new trails on the other side (south) of the creek. I remember a few trails on that side, but not as many as there are now.

Back in the 80’s there was really no place to ride on trails in Virgina Beach. The drive to ride was pretty far in most cases. Not the least of which was due to the large amount of concrete and private property. With the exception of this place, most nearby parks were off limits to bikes. As a result it became popular relatively quick in the late 80’s as mountain biking was experiencing a little boom, at least in my circles in Virgina Beach.

Back then the area was called Killer Hill(s), in reference to the hills where most of the jumps now sit. It was essentially a drainage ditch where the excavated dirt was throw high onto and above the banks. I’m guessing the total elevation change might have been 15-30 feet, now its 10-15? because a great deal of it has been moved over to build a series of dirt jumps called Ipswich (also a nearby neighborhood). The rest of the dirt is on the way to the ocean with the help of 20 years of rain and erosion.

Another spot, now flattened and partially filled with houses and grass near the power lines and College Park Blvd (by Dillard), was called White Hill due to its bleached gray/white color, and boy was it small, a dirt pile. In spite of the new housing tract removing some trails (and dirt pit forts) I think the number of trails has increased.

I often wondered what had become of the park. I never knew until almost two decades later when I happened to see a post by Mountain Bike Bill here, and almost cried (Bill lived not far from me in the San Diego area). “Our” makeshift park was now officially recognized by the city, and would probably stay for generations. The persistence of the users and residents made this possible, especially the dirt jumpers who would get their jumps bulldozed every few years or months. I extend many thanks to everyone involved in making Indian River Park a reality.