I wasn’t sure what to expect here. I didn’t do a lot of research beforehand for this place, and almost went elsewhere instead. I arrived a day later because I spent two days at Coldwater  instead of one (some people say Coldspring). Both days at Coldwater a few riders said to go to Oak Mountain or some other place (name withheld). I settled with Oak, making my way for the campground after finishing my second day at Coldwater, and almost a minute too late… 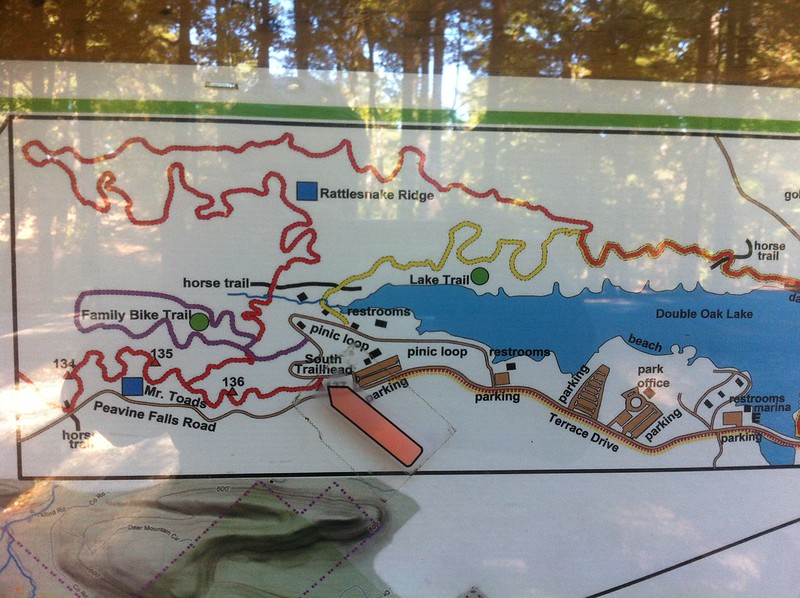 ^Geotagged images above on map below as well

…the Oak Mountain campground was a madhouse! I’d just had the pleasure of several remote, quiet, and practically desolate campgrounds and trails recently, not to mention six months in a lakeside cabin in New York. My wake-up call back into ‘civilization’  was a zoo of people, beginning with a line to get in– a place to escape, a place to camp… There were only a few spots left when I was assigned my spot for the night. I was told, in a sweet Alabama drawl, “You arrived just in time, cause the camp is jus’ bout’ sold out…(oh really, I couldn’t tell given the ten people in front of me waiting, and now the twenty behind me). She continued, “how it is most weekends here when ‘weathers’ nice…you have a tent or need hook-ups…” Actually, I’ll be sleeping in my car. “hmmm, in that case I’ll put you here so the rangers don’t bug ya for no accommodations.” No hassles, but the air quality was very poor due to the many fires and what seemed like down drafts and wind directions conspiring against me. There was a lot of chatter all around me, but the days before were pulling my eyelids and mind into a place to forget.

If I come again I’ll think twice about camping if it’s a busy night.

The trail head lot was huge, luckily is wasn’t full, but there certainly were a lot of trail goers this weekend.

I had to get my bearings using a map and the MTB Projects app to help me get started. Once on my way I was golden, with the exception of one or two turns, but I manged to pull it off without a hitch, and incorporated the pump track just off the loop as well. I knew the route and direction I was going to take, even a way to properly incorporate the new Flow trail section, Lightning, with no doubling back. I saw a few posts where riders went in the opposite direction, but the majority went clockwise for good reason. 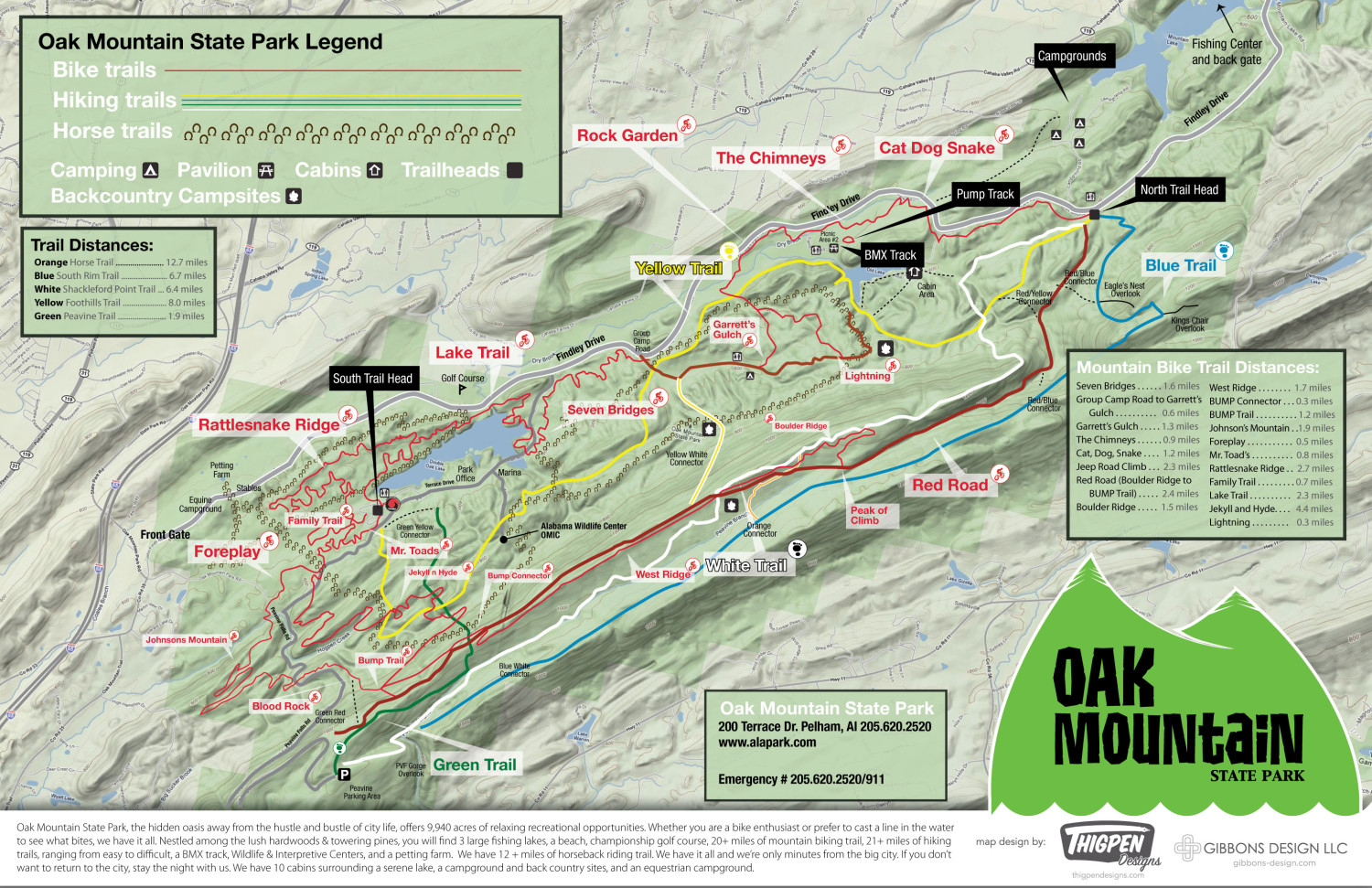 If you are short on time at a minimum hit Jekyll and Hyde, and if possible Lightning. I can’t speak for the Foreplay trail, but if I come back I plan to check it out. If you like techy stuff Boulder Ridge won’t disappoint, neither will the first few feet of Jekyll. The pump track is OK, comparatively speaking a ~3/5 stars. So far Kingdom Trails had the best/most efficient pump track I’ve visited (Milford, Kingdom, Oak Mtn, Cunnigham, Rays, SD, OC, Livermore). 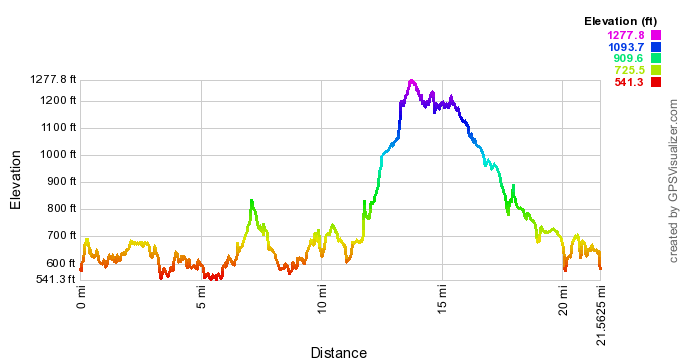 Most of the elevation gain comes in a ~600 ft climb up a well-worn wide path to get to Boulder Ridge, which starts at the highest point I believe. Then the potential energy is lost. I think West Ridge is the wavy/flat purple after Boulder, and Jekyll and Hyde is where it really starts to fall.

GPX file: oak_mtn_imba_epic (right click to save as gpx)