Before I begin in the paragraph below, let me just say that there is a little confusion here, in regards to naming this place. One trail head is called Coldspring, it sits however, on Coldwater Rd. I’ve heard it called both Coldspring and Coldwater. Po-ta-to, po-tat-o, spring, water…? Right now the place is in it’s infancy, eventually one of the names will win as this system grows up, or not. 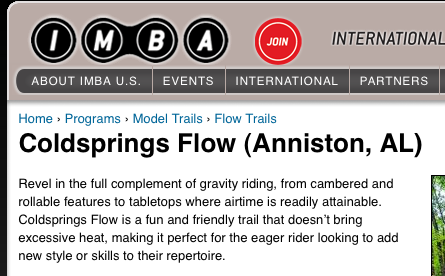 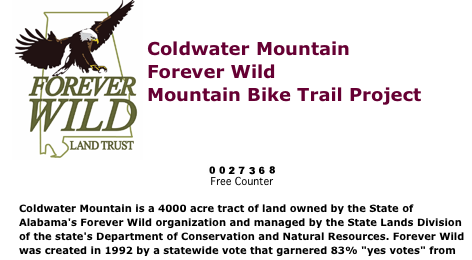 The Coldspring (or Coldwater?) Flow Trails in Anniston, Alabama were a blast. I arrived just a few weeks after Hare, and Tortoise (and perhaps Trillium/Chilowee) opened up. I had so much fun on Hare I went up for a second run on the second day (tracks linked below), which consisted of going up to Tortoise/Chilhowee, and down Trillium and Hare:

By the way, if you try to find the upper lot (coldspring trail head on coldwater rd.) on Goggle maps, in 2013/14 anyway, it’s not likely to show up as the road is so new. You have to go with intuition. This was my sixth stop on my Epic Journey (back) West, and it appeared I got there just in time (actually a little east of Birmingham, not at red pin): 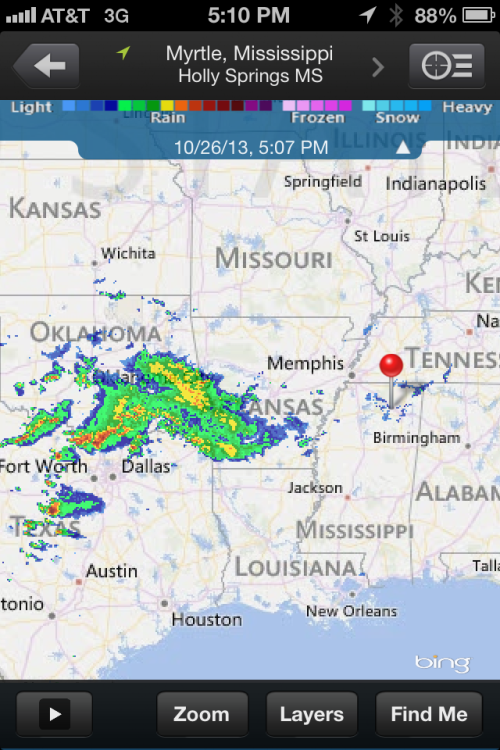 Overall, the trail system is like a beefed up version of Raystown/Allegrippis. This was a partnership between Forever Wild, born from the BP Gulf Coast oil spill, and IMBA. It appears some of the trail is already in disrepair, and has lost some ‘flow’ because the rocks are rearing their heads. This isn’t necessarily a bad thing, but when IMBA ships in dirt, and then it erodes away, I’d say it’s a bad thing. The main negative is that this has slowed down the flow, and the feel, or workability, of some of the jumps from their capped state, which is the original intention of the build/design.

From what I know IMBA hired a local to do a lot of the work. Good for them considering the ‘controversy’ lately (and here).

I’m actually quite surprised IMBA decided to move forward with this site as it is so rocky, really, really, rocky. Some sections have no dirt, none, it is pure rock scree/rubble. Not that rocks are bad, but I’d say it’s bad given they want to make (have made) the site into a Flow system instead of an XC/AM or FR place, but I suppose it will have it all when the project is complete. Time will tell if I’m wrong or not in respect to it’s capped lifespan, but I heard locals complaining about the (one year?) older Bomb Dog, and even newer gravity trails by the upper parking lot which aren’t even a year old. They said “the soil is gone, and it’s too rocky now.”

In spite of the above, I had a great time, and didn’t think Bomb Dog was that bad, and actually liked the chunk where it started to show. For the most part it still moved me really well. The rocks were fine, but in a few sections it did hamper the ability to jump as originally intended due to reduced speeds. There were a few sections of the mountain where jumps seemed off, but perhaps it was just me.

Most videos don’t do this place justice, but this one is OK: